Life apparently only gets busier until you retire, I guess! So after Mardi Gras, we did Spring Break in Las Vegas, and the craziest thing we did was indoor skydiving - that's me in the air. Important to note that it's hot, loud, and your mouth will dry out if you don't keep it shut. But it was a great once-in-a-lifetime thing to do. 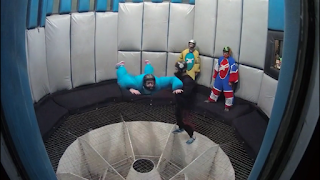 Also we went to Red Rock Canyon - beautiful, but my pics don't do it justice. 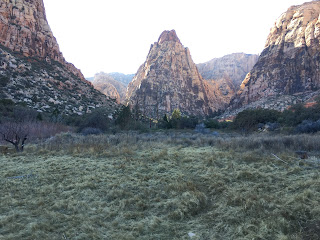 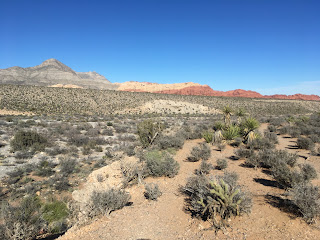 Then 2 of my sewing/knitting friends who are also involved with Boy Scouts invited me to join them for a campout - woohoo! We went to Magnolia Creek Branch near Atmore for a weekend, but the trouble began when there turned out to be a Cub Scout Jamboree there too, and they were between our site and the bathrooms. 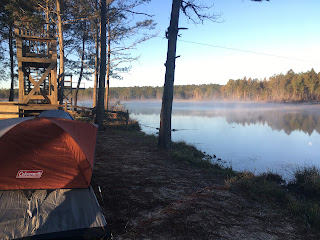 We relocated ourselves to an RV site, which is a big no-no, and the next morning the Poarch Creek Police showed up while Edith was cooking breakfast. 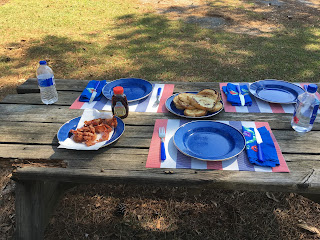 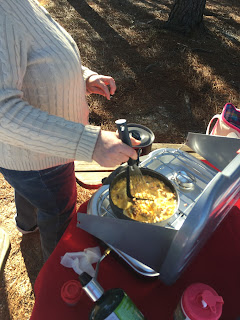 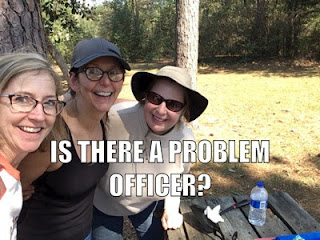 He wanted us to pack up the 3 tents and move back into the midst of the kids, so we just decided to enjoy a day knitting by the river, then head home after dinner. Ain't nobody got time to repitch a tent! 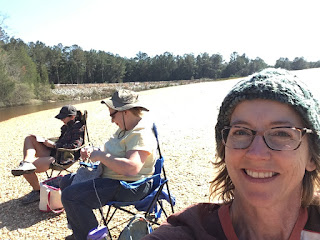 In the spring, Dean suggested a Warrior Dash, which is a kinder, gentler Spartan, so Lucas could see what he and Drew have been up to for years. I was kindly allowed to tag along, and it was way less muddy than I was expecting. 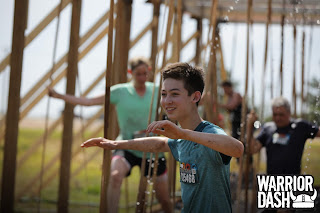 Lucas was initially trepidatious (not a word) and wanted to all stick together for the course. After I fell off one of the early climbing walls in a very embarrassing, arms-pinwheeling-as-I-go-to-ground type of maneuver, he realized he had this and asked if he could just meet us at the finish line. We made him stick with us just so we could keep embarrassing him. 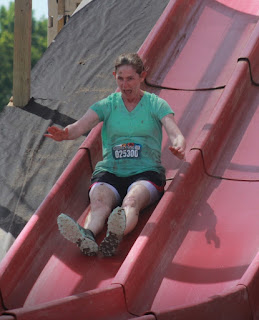 And there was only muddy water along the course until the very end, when you got to slither through mud, so everybody was fairly clean up to this point. 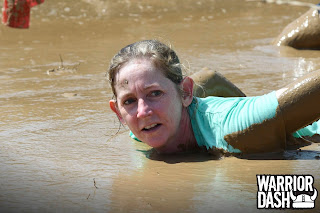 He insisted on jumping the fire by himself so we wouldn't be in his picture - sweet kid. 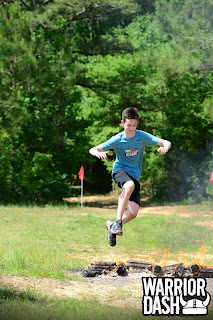 He did let me pose for a final pic with him. 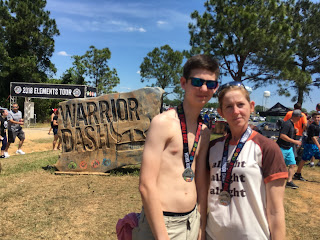 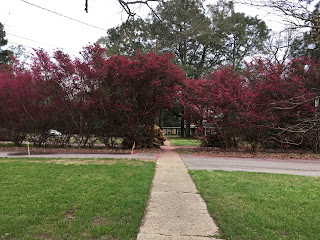 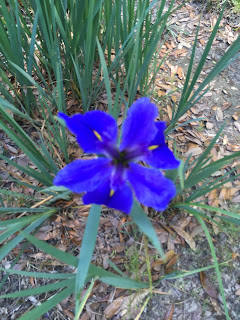 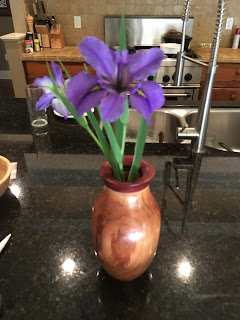 And I attempted another T-shirt-yarn crocheted rug, but it didn't turn out as expected this time. I really think it looks better when the color changes are at the end of the row instead of the middle, but I was trying to maximize the yarn. 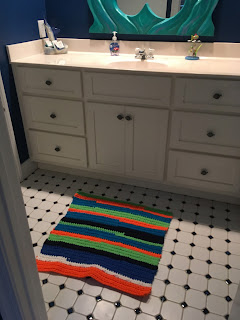 Also it's too small, so I may just undo the whole thing and buy more T-shirts. I'm trying to match the colors in the pillows, obviously, but it's not looking too good. 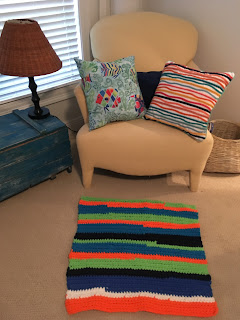 Speaking of creativity, Drew wanted to make his girlfriend a king cake for her birthday but didn't have a mixer, so instead of going to Walmart to get one, he carefully cleaned his drill and used it instead. 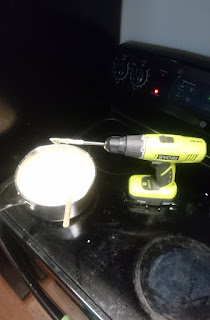 And the cake was amazing - no metallic taste at all! 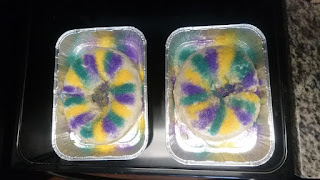 And one last picture of the cake Dean made for Lucas's birthday using a Pioneer Woman recipe - it has Nutella and homemade whipped cream with shaved chocolate on top, and that was the moistest cake I've ever eaten. I have such a talented family! 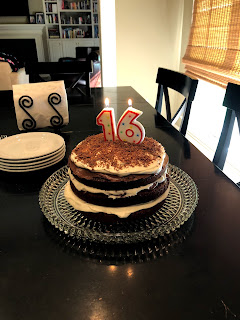 I'm tired of uploading photos now and want to get upstairs for some possible sewing, so I'll tell you about the awesome week we spent in Montana later. I bought Barbara Emodi's sewing book and it's inspiring me to get some new projects going. What have YOU been working on lately?
Posted by Dr. Fun (AKA Sister) at 10:02 AM

You take the best vacations! I can’t believe you did the indoor skydiving. I would love to do that on some level, but I am terribly afraid of heights and I don’t think I could do it without passing out. Seriously. Red Rock Canyon is beautiful. We did a summer hiking vacation and hiked all around Ashville, NC. I loved Ashville and would totally move there if I could. Though I might think differently in the winter. Summer there is wonderful! The town is adorable.
You girls crack me up with you getting busted for camping the wrong place. I don’t blame you, I would have gone far from the boy scout jamboree. There would have been no sleeping through that. I’ve been there and done that when Sam was a Tiger Cub. That was too funny.
You are a total family of warriors! I sprang my ankle a few years back. Since then I’ve realized that I don’t bounce. And the cooking skills of the boys! Impressive! You amaze me!
I’ve not spent much time working on projects. I have bought a lot of Craftsy classes on fitting and patternmaking. We’ve been busy with getting ready for our vacation, vacation and getting both kids back to school. I am going to leave the mess a while this evening and work on sewing a blouse for a bit tonight. Maybe….

Now there were no heights with the skydiving - you actually lie down on the mesh floor and a giant fan blows you up, but you're only about a foot or 2 off the ground, so you can totally do it. And cool vacation, yourself. I love Asheville too - my annual college roommate reunion is there in a couple of weeks! My friend the historian published a book on the Blueridge Parkway and knows some cool spots when we go there, but did you have a favorite place to hike or eat? You know there's a great knitting store there, too....

We're back in the school swing too, though Drew wasn't here because he was taking a summer class anyway, so it wasn't that big of an adjustment. I need to go look at my Craftsy class list because there are a few I've never even opened! I ignored the texts from them about <$20 per class this past weekend - very sneaky! I'm impressed with your technical prowess with the patternmaking - I don't have much patience with the math!