Man, where did the time go? It's been years since I posted something! Well here are a couple of pictures to remind myself what we did this summer after July 4th. We went to Universal Studios since it'll probably be the last time Drew goes there with us...until he has kids of his own - wahhhhhh! 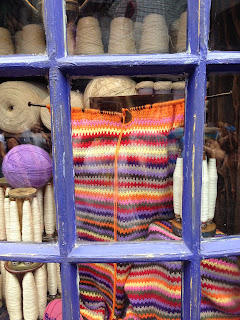 So this is in Harry Potter-ville, or whatever the name of that town is where he catches the train, and this was a cute display. 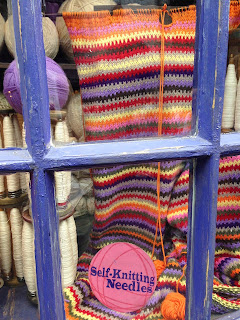 Yeah, I couldn't tell you how the ride was, as there was always a 4-hour wait, mostly due to it breaking down frequently. But I CAN recommend Rip Ride Rockit: 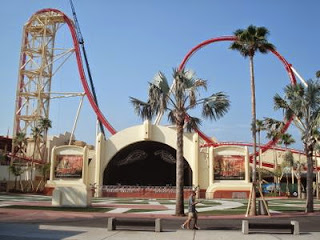 ...where you pick your favorite song to belt at the top of your lungs, thus embarrassing your 17-year-old son listen to while climbing 17 stories straight to Jesus then hurtling up to 65 mph! Lucas didn't ride that, of course, but he did overcome a couple of panic attacks to ride the Mummy...twice, in fact. He said that his goal this summer was to conquer that particular fear, and he was terribly proud of himself.

This was breakfast at the local restaurant - I guess New York has pigeons and Orlando has....herons or something like that. 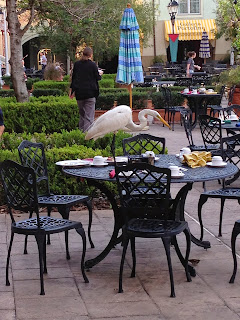 Dean tried to sneak up on it, prompting it to take flight. 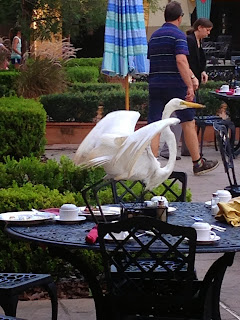 This was a chandalier at the Hard Rock Hotel by Universal - all saxophones! 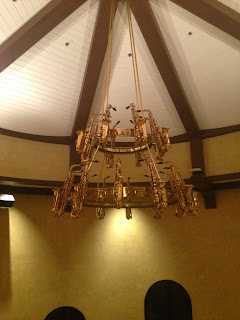 When we got home, we found a lost water bird of our own hanging out in the backyard. 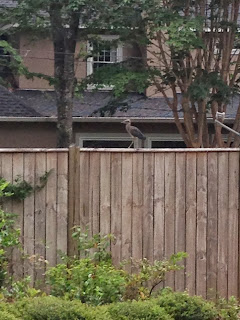 So the rest of the time I've been working, giving lectures, taking call, etc., in addition to finishing some knitting projects. I need to take a picture of the scarf I finished, but I also did a couple of dishrags and am about 1/4th of the way through another shrug for myself. Hmmm, seems like I'm forgetting something....oh yes - that Alabama Chanin skirt I was couching! Haven't touched it in a couple of weeks, but I'll get back to it shortly.

Okay, off to prepare for the first day of school tomorrow. Can I just add in closing that I've never cried as much watching the national news as I have this last week? Between the bombings and the massacres in the Middle East, my eyelids just stay swollen. You hear about it every day, but to see footage of the poor men being lined up in a field of dead bodies, with the picture freezing just before the gunmen start shooting them, then the 3 little brothers in the hospital with their faces burned, just kills me. What the hell is the world coming to? Wow, what a great note to end on - thanks, Dr. Fun!
Posted by Dr. Fun (AKA Sister) at 9:17 PM 3 comments: