Continuing the catch-up - sorry! After realizing that the National Parks in the west are amazing and we should've been skipping Disney this whole time, we decided to try Grand Teton and Yellowstone, and stayed right outside Jackson Hole, WY. One of the activities was paragliding, and why not?! YOLO, so the boys and I gave it a shot, and it's quite bracing to run straight down a steep mountain, but it literally was only about 4 steps before my feet lifted off the ground (thank you, Jesus). 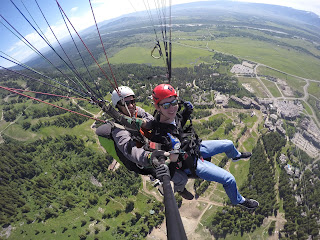 Don't have any shots of Drew, but he had lots of video. 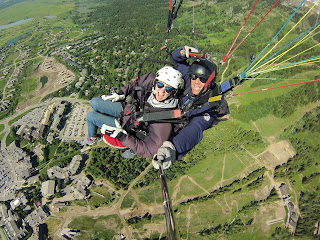 I think these are moose we saw driving through Grand Teton. 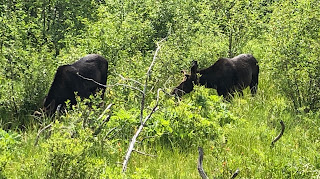 We did a couple of great hikes... 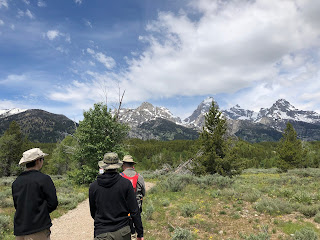 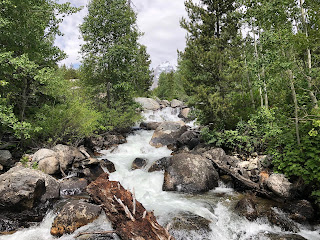 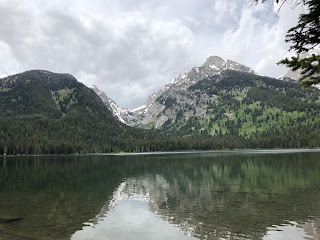 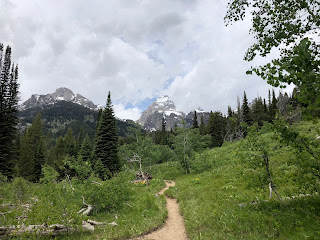 And Drew made contact with somebody using his portable Ham radio, which was pretty cool. ("CQ, CQ, CQ" - reminds me of our old CB, "Breaker Breaker 1-9!") 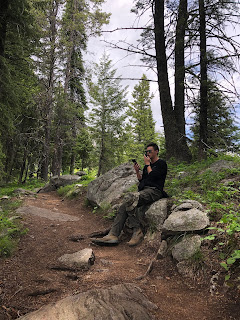 Oh yeah, their water comes in boxes, which is disconcerting. 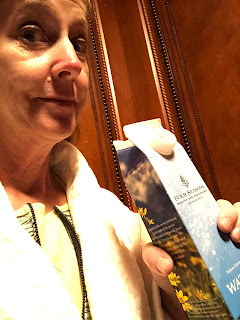 This was at dinner atop a mountain - beautiful weather. 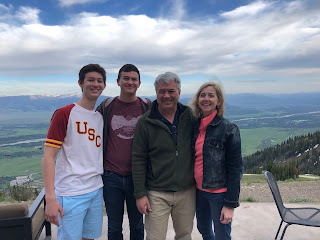 And you can rent bikes instead of hiking... 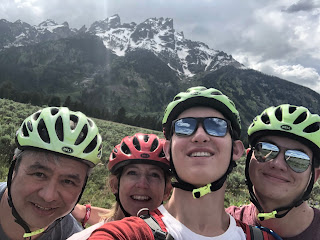 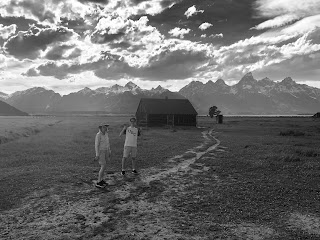 And the last day we decided to venture into Yellowstone - first stop was Old Faithful and the restroom. Totally didn't believe this was a thing, but apparently it is! 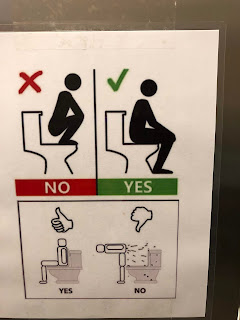 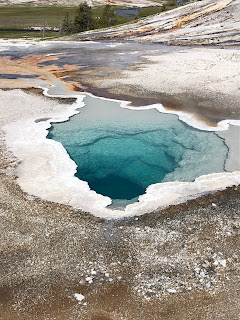 Old Faithful was cool but there were TONS of people. 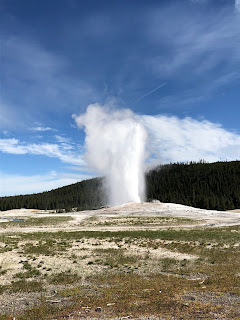 This is the lobby of the hotel there - very cool to read about how they built it and I think one of my college roommates stayed there but you have to reserve WAY ahead of time. 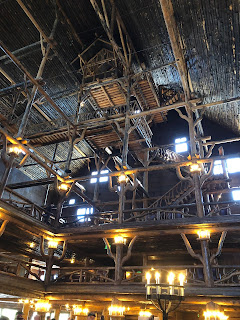 This bison was walking around the parking lot at one of the springs and you'd be shocked at the tourists who were oblivious and just walking right by him till the park rangers yelled at them. I also just saw that a woman was injured by one a couple of days ago because she got too close...some people! 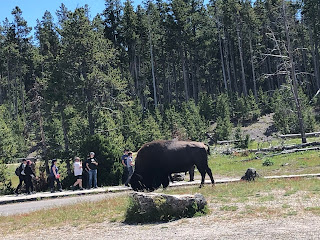 Some of the falls just don't even look real in photos. 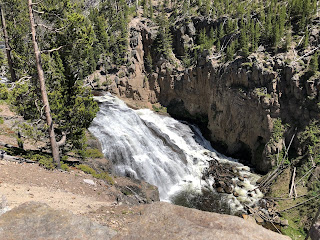 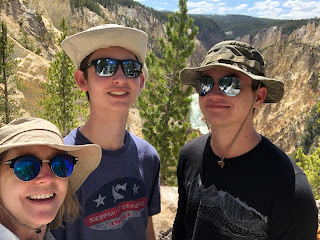 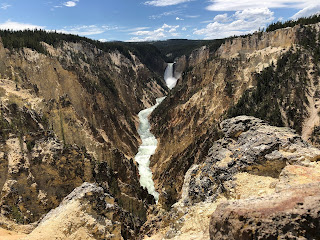 I'm blanking on the name of this particular spring, but it's like being on another planet. 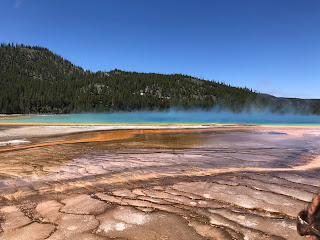 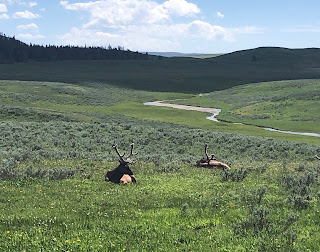 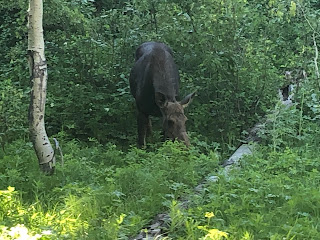 This was back at our hotel watching a paraglider get ready to take off from the highest peak... 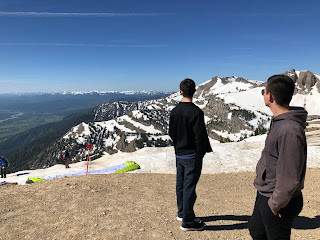 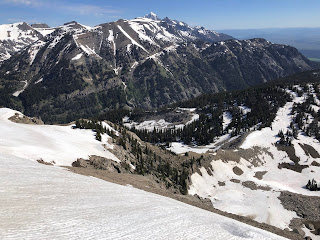 And this was a really weird painting in the lobby that I just had to get a shot of - not sure why swimming foxes are a thing, but I thought it was cool. 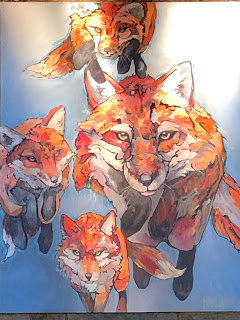 Yay for National Parks! Oh, I didn't get any pics of white water rafting, but that happened too - such good times!
Posted by Dr. Fun (AKA Sister) at 10:36 AM

Love those parks. The reason for the toilet sign is that there are so many Asian tourists. They are used to squatting at home so have squatted on the seats, thus breaking the lids. After replacing scads of lids the parks posted those signs.

Mindboggling! After we saw that in every bathroom, my kids found a whole subReddit page with videos of Chinese tourists squatting in public - just crazy...

Looks like a fabulous vacation! They would have unstrapped a dead woman if I had tried to paraglide. I just would die. We love the hiking though.